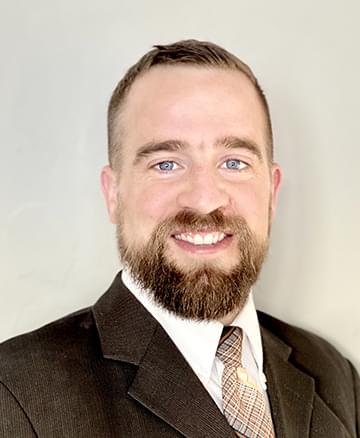 Jeff has over 15 years’ experience in engineering design and construction. He spent eight years in the transportation industry, where he was the lead designer for several private, municipal, and state projects, including interstate and roadway projects, roundabouts, railroad crossings, and sewer and storm drain projects. Jeff spent a significant amount of time serving as Field Engineer and eventually Resident Engineer for several state and local Government construction engineering management (CEM) projects. Jeff was a major influencer in UDOT’s CEM work, presenting in CEMT webinars and being asked to help full-time in UDOT’s central construction efforts. Jeff created the first mobile application for UDOT standards, iSpecs UDOT, and was named 2012 ITE Utah Chapter Engineer of the Year.

For the next seven years, Jeff worked for a major interstate natural gas pipeline company. He spent his first few years in their Project Standards department helping to implement sweeping changes to their standards and specifications. He worked his last four years in a direct project engineering role, overseeing all engineering design and materials procurement for pipeline and plant projects. Jeff also served as the enterprise subject matter expert (SME) for cast-in-place concrete. Most recently, Jeff was specifically invited to live full-time on a major $60 million pipeline expansion project in North Seattle for the last half of 2019, playing a very critical role to successfully finish the project, a project that had previously failed to complete in the initial attempt in 2012; finishing ahead of schedule, meeting a very critical in-service date before the winter heating season. Jeff is excited to be back home in Utah and thrilled to be back in the transportation industry.

Outside of the office, Jeff loves to trail run with his Belgian Malinois and go camping with his family. Approaching 40 years old, he’s finally trying to start having a regular hobby for the first time, attempting to enter the complex world of building his first home-defense rifle.

Ready to work with us?